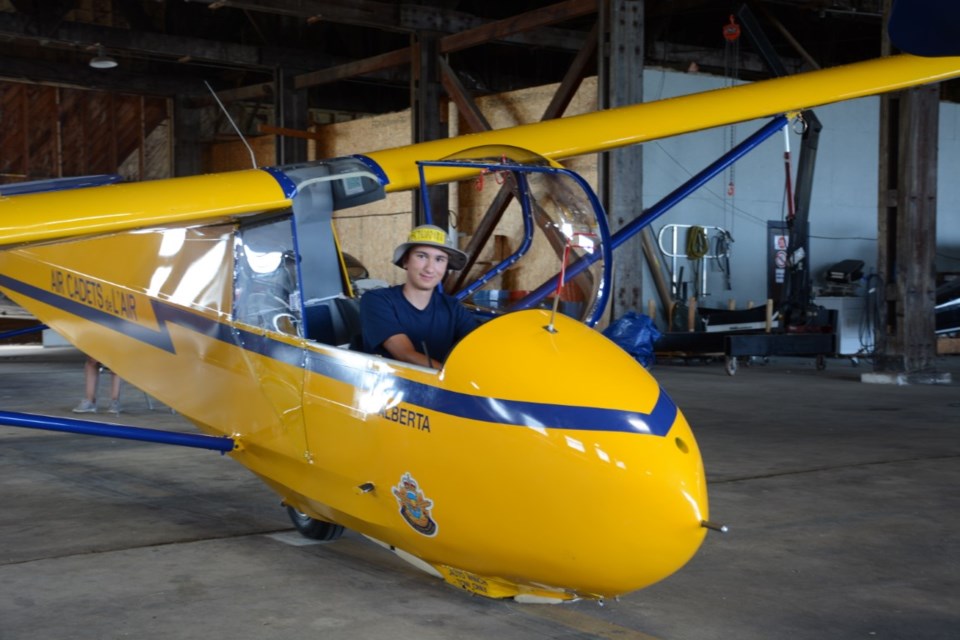 We are stoked to see our cadets in the local news, because of the amazing summer training opportunities they are pursuing! WO1 Benjamin of 624 Tisdale Squadron is attending the Glider Pilot Training Course and was recently featured in a SaskToday article! Read it below!

BRANDON, Man. – The thrill of flight is something that interests many, and local cadet Samuel Benjamin of 624 Tisdale, Royal Canadian Air Cadet Squadron, is spending his summer pursuing his dreams of flight at Brandon Cadet Training Centre as he earns his Transport Canada glider pilot licence during the seven-week glider pilot training course.

Following a rigorous and competitive selection process, which included attending ground school online, writing an entrance exam, a review of their cadet file and school marks, and an interview, Cadet Benjamin was just one of 28 cadets from Alberta, Manitoba, Saskatchewan and British Colombia selected for the course in Brandon this summer.

Benjamin’s favourite part so far has been, “being part of the air operations and getting to apply skills as well as knowledge that I learned in ground school.”

Benjamin joined air cadets in October of 2017 because he was interested in a military-like environment. “Getting to work alongside like-minded people while we develop and grow progressively over the years,” was the best part of the cadet program, he explained.

Air cadets have opportunities to participate in flight activities and select senior cadets may even be chosen to obtain their glider or power pilot licence. Whether earning a glider pilot licence or private pilot licence, these cadets wear their wings with pride.

The cadet program is open to all youth between the ages of 12-18 and develops confident, self-sufficient leaders who form lasting friendships and are engaged in their communities. Air Cadets learn about aviation technologies, air crew survival, and how to fly.

Adults are also needed to help train, administer and supervise the local youth involved in the cadet program. Becoming part of the cadet program is easier than you may think, it’s a lot of fun, and the skills you learn are likely transferable to your regular employment.  No previous military or cadet experience is needed.

Contact 624 Tisdale, Royal Canadian Air Cadet Squadron, at 306-873-3230 or email 624air@cadets.gc.ca to find out how to get in on the fun and learning.  Training restarts locally in September.