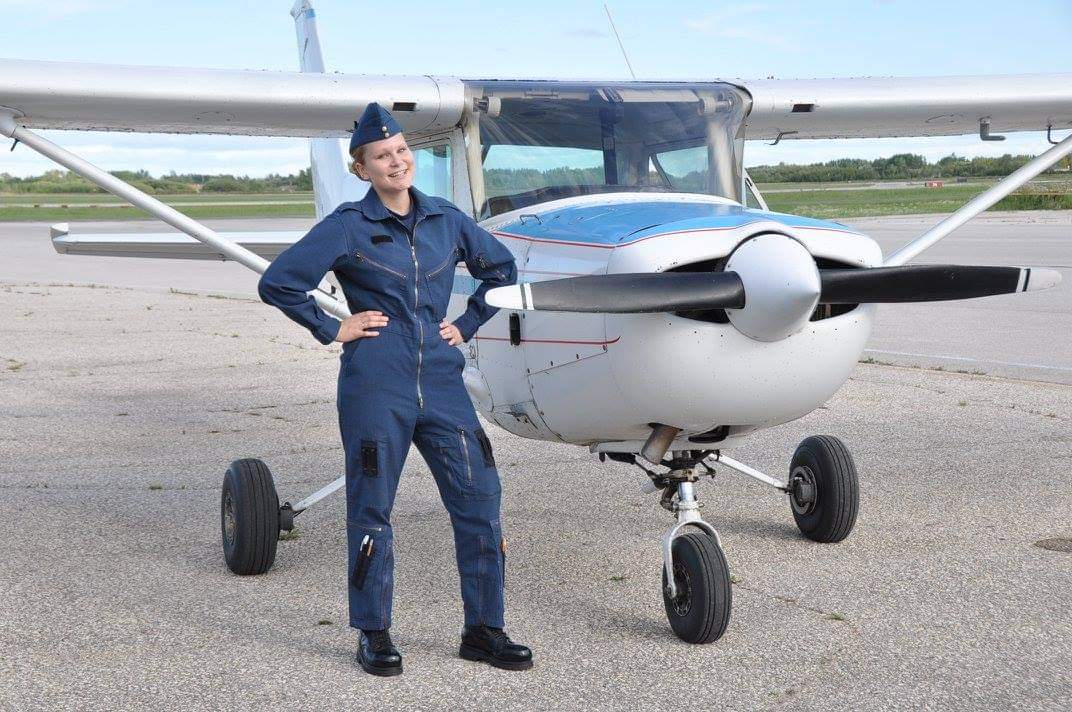 Squadron(s) you belonged to as a cadet: 542 RCACS Foam Lake

I am a teacher. I just finished my first year of teaching in a small school where I had a grade 5 and 6 split class. Teaching during a COVID year certainly had its challenges but I survived and I've taken on a new contract for next year in an even smaller town called Marsden.

When I first joined 542 squadron we were fairly low on senior cadets so I began teaching classes on parade nights when I was still quite low ranking. That was when I first realized teaching was a passion of mine. I showed up each week eager and ready to pass on cadet knowledge. Later, when I became a CI, I decided to go for my Glider Pilot Instructor rating. I liked gliding and I loved teaching so I gave it a shot. This became my passion for the next three summers. I taught 11 Glider Pilot Scholarship students who were all successful. There is no more rewarding job in the world and for that reason, I am now a school teacher.

Stick with the cadet program. There may be some hard work involved at times but the skills and experiences you gain from the program will serve you for the rest of your life. I'm sure squadron training has been quite different during these hard times and my heart breaks for those cadets who missed scholarship summer training opportunities, but once things return to normal you will be glad you had stuck through it. No other program in the world offers such amazing experiences to kids of all economic statuses. The cadet program is equal opportunity no matter if you are rich or poor. So stick with it because the experiences, friendships, and memories the cadet program offers can't be made elsewhere.