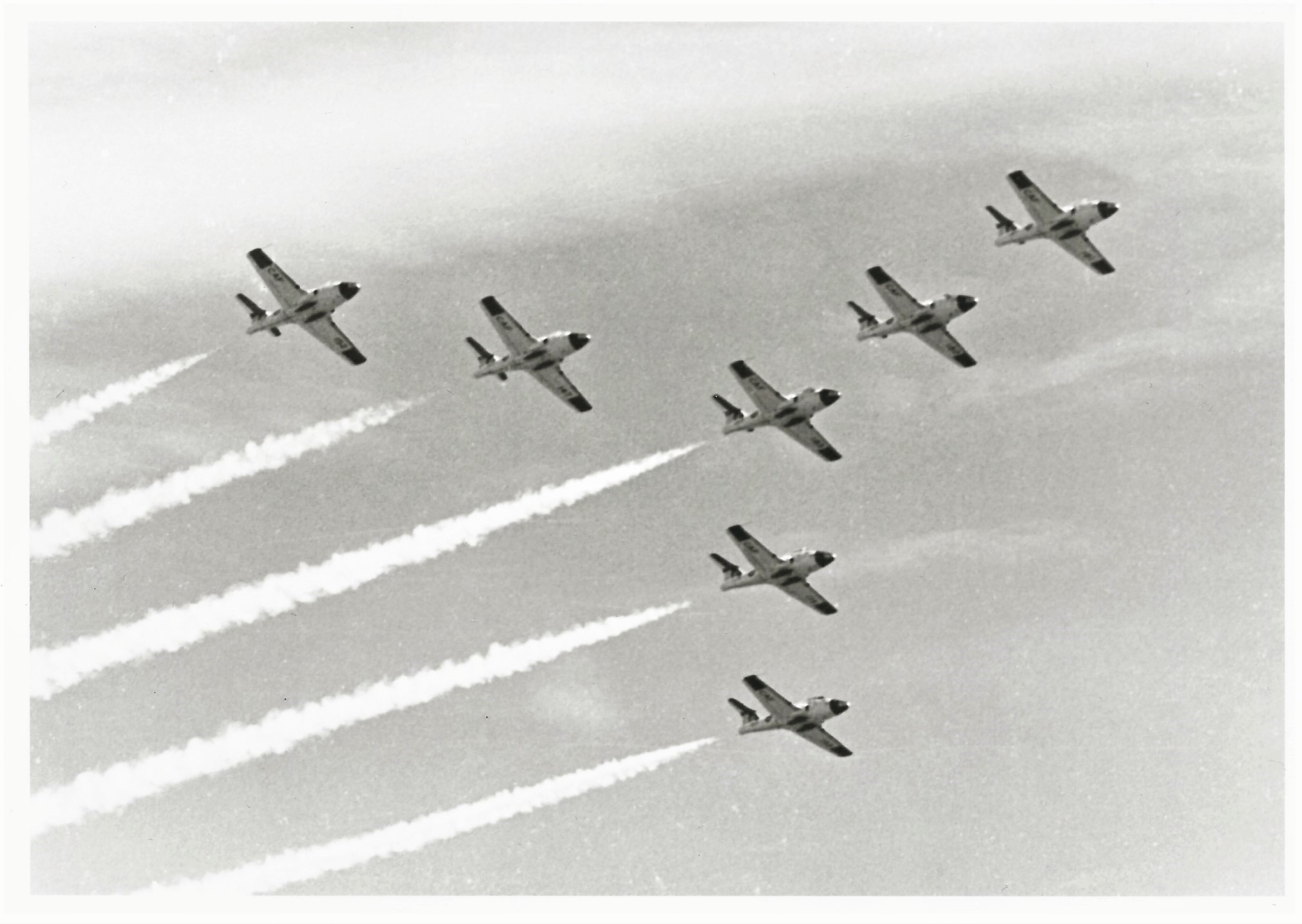 Fifty years ago from July 11, 2021, Canada's newest airshow team took to the air for their first major airshow at CFB Moose Jaw. Following in the footsteps of such eminent predecessors as the RCAF Siskins, RCN Grey Ghosts, RCAF Golden Hawks and Canadian Armed Forces Golden Centennaires, the newly named "Snowbirds" were destined to become Canadian icons with millions of fans across North America. The team adopted its name on June 25, 1971 following a "name the team" competition at the base elementary school. We now know that two young students both independently chose the name "Snowbirds" - Douglas Farmer and Cathy Tiller.

The "Saskatchewan Homecoming Air Show" that day was billed as the largest single day airshow in North America that year - and so it was. A total of 52 Canadian Forces aircraft participated in the show supported by 65 technicians with another 15 aircraft from the USAF on display. Also performing were some of the top civilian acts in North America who became good friends with the team - Art Scholl, Al Pietsch, Joe Hughes and his wing-walker Johnny Kazian to name a few. A torrential downpour the evening before the show reduced parking spots to the extent that while 45,000 folks made it onto the base that day, another estimated 40,000 did not, being stuck in a traffic jam that stretched 16 miles back through Moose Jaw and down the highway towards Regina when the show started at 1:00 PM.

Led by Major Glen Younghusband, the team's performance that day was the first major airshow performance of approximately 2,700 official airshows the team has now flown over the last 50 years across North America. Hundreds of more flypasts have also been flown, including those flown last year and this year under "Operation Inspiration." And proudly watching from the ground that day was the team's founder, CFB Moose Jaw Base Commander Colonel O.B. Philp, along with the Commander of Training Command, Major-General Bill Carr, who opened the show followed by a flypast of a combined eight-ship of CF-104s and CF-5s from Cold Lake.

So a toast today to OB Philp and his vision, the 11 volunteer instructors who flew on the team that first season and the group of BAMEO technicians who supported them during their workups in Moose Jaw. They paved the way for all of the teams who have followed. Photos are attached - but for the record here they are: